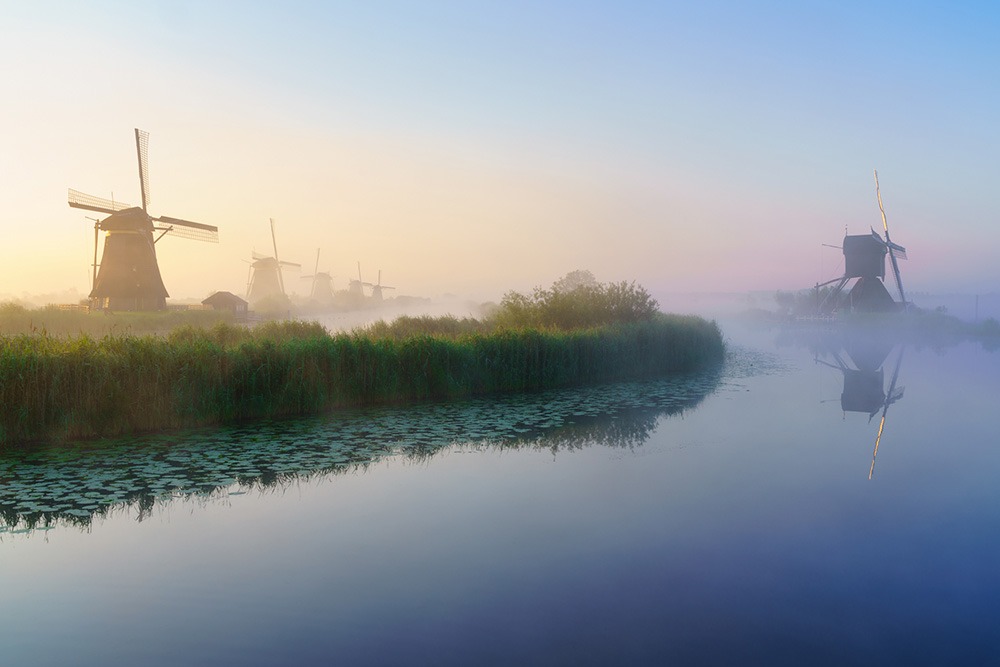 Sometimes my photoshoots are a little bit spontaneous. It was 11pm and I was checking the weather forcast for the upcoming days. I noticed the high humidity of the upcoming night and morning. Combined with a pretty clear sky, it is a good recipe for morning fog. It is June so we are close to the earliest sunrise of the year, not the best moment to go out for a sunrise shoot. I decided to set my alarm at 3:45 and went to bed.

3:45 the alarm went off. My first thought was “morning fog!”, my second thought was “I feel so tired!”. This night was way too short, but I decided to go anyway. It is a short 30 minute drive to Kinderdijk, the most famous UNESCO World Heritage site of The Netherlands. When I arrived I was not the only one. I think about 6 other photographres walked around with their cameras and tripods. In Kinderdijk you are never alone, but that is okay, because there is plenty of space and nice spots to take photos from. In the last years I visited Kinderdijk over 50 times and I still think it isn’t a boring place.

The morning didn’t start very well. There was barely fog, so I was a little bit disappointed. It was still 45 minutes before sunrise and I start shooting. Mid June is not the best time for sunrise landscape photography in Kinderdijk, because the sunrise is a bit too far off from the windmills, at least when you shoot from the most typical spots. Even around sunrise the fog was very limited and I decided too capture some horses walking around in a foggy field. In that field was plenty of fog, but around the windmills still nothing. While I was busy with the horses I noticed the amount of fog increased and when I looked back over my sholder I noticed more fog near the water and the windmills. I headed back and the view made my really. The sun was up and heated the water. The steaming water made the scenery like a fairytale and the color contrast in the sky was beautiful.

In the end it was worth it to wake up early. How often per year do you wake up for a sunrise shoot?

RAWSTER Photo was founded by Mark de Rooij, a Dutch cityscape photographer and photography educator. His motivation is to learn other photographers as much as possible about (cityscape) photography. Enjoy reading and please leave a comment to let us know what you think about this post. 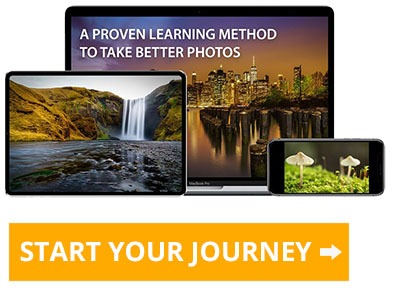